6 years ago Pablo sent me a photo of a café in Montreal with a display of chocolates that looked like jewels. And he said to me, ‘one day I’d love to open a chocolate shop like this!’

11 years ago he studied culinary arts in San Sebastián. He specialized in pastry at the Cordon Bleu in Madrid and worked in a luxury hotel in Napa Valley -Auberge du Soleil- which helped establish his passion for the world of sweets. He still speaks fondly of Chef Kirk.
From there he went to Andorra, to the Pastisseria of Josep María Rodriguez, world champion in pastry in Barcelona, ​​and to the Hotel María Cristina in San Sebastian to work for Chef Hélène Darroze and her team.

Pablo says that cooking has always caught his attention. That he loved to watch his mother and grandmother cook, and that the best thing was when they let him cake batter spoons. The sweet side of cooking always attracted him more because of the aesthetic and architectural side of it. The construction of the desserts and the game of textures and the balance with the savoury side.

6 years ago when he started dreaming about chocolate. He bought his first mélanger, that machine with little stone wheels that crushes cocoa beans, with which most chocolate makers start. And soon our flat turned into a small trial-and-error production. We flew to London to do the course for chocolate tasters, by the International Institute of Chocolate and Cacao Tasting and wow did our worlds open up.

Raquel Setién, for us, is one of the best chocolate makers and for our luck lives part of the year in a neighboring province, in Bizkaia. And she has supported us from the beginning. She and Mikel with Kaitxo have done a lot for the bean-to-bar movement in Spain and their pistachio bar is still one of our favourites!

Curiously, Raquel is from Balmaseda. A beautiful town next to Zalla where Pablo’s grandfather was from. His father spent his summers there on the Tepeyac and San José farms, when he did his boarding school in Vitoria. Pablo says that his father talked a lot about Zalla, to him and his brothers, when they were little.

From the Basque Country to Norway

In 2020, the year that shook and continues to shake the world, we met Agur and Siv. Two incredible women and chocolatiers. Agur comes from Agurtxane, and what a more Basque name could not have! And by the way – his family is from Zalla too – he lives in Norway south of Bergen, in a town with 900 inhabitants called Eidfjord. Another curious fact is that Raquel divides her time between Bergen and Bizkaia. And these “coincidences” do not cease to amaze us.

Agur, her partner Ian and Siv started one of the best bean-to-bar chocolate brands in Europe. Fjäk. And we lived with them for a year and a half learning from the best how to perfect the art of handmade chocolate and the art of mechanics because without machines there is no chocolate. And no humor either.

From the Norwegian fjords and the beaches of Donostia- Pablo convinced two friends from his childhood in Mexico; Pepe and Chava in investing in our vision. And those who know Pablo and have worked with him know that when he sets out to do something, nothing stops him. And that he gives his all to work.

There are many people who have supported us along the way and it is clear to us that we cannot do it alone. We will always be grateful to our chocolatier friends, to our friends, family, and community of chocolatiers.

When we started toying with the idea of ​​creating a chocolate brand and a place to try it, it was clear to us that we wanted to represent both sides of our origins. We both grew up in Mexico. And in Mexico, we consume a lot of chocolate and a lot of hot chocolate. But the light water or milk version. Not so thick as is the tradition in Spain, and sometimes even with cinnamon. Chocolate is part of our lives and almost all of us Mexicans think that cocoa comes from there. Although there is already evidence that it comes from below Peru, Ecuador, Venezuela, and Colombia. Still, we feel it is very much ours.

One of the wonders of cacao is where it grows, 20 degrees north and 20 degrees south of the Equator. So in a way, it binds us all by the belt of the world.

We also wanted to celebrate the origins of Pablo’s grandfather. Of all the grandparents who have crossed the Atlantic. I discovered that I have a great-great-grandfather from Bizkaia too. I feel that everyone has a Basque ancestor inside. And this is noticeable in the love for gastronomy, the sea, the mountains, and a touch of stubbornness.
In the end, we celebrate the roots that have left us and that in some way have been transmitted to us. That’s why Lurka.

Lur means land in Basque. Lur is for the lands of our ancestors and the land of our present. A celebration of the Basque Country and Mexico.

And ‘ka’ for the cocoa with which we make our chocolate.

We have created recipes for chocolate bars made with Mexican cocoa that celebrate Basque and Mexican flavors.

The workshop is open and you can see how we make not only the chocolate, but the chocolates and seasonal desserts, all from the cafeteria window.

We will also have coffee from Mexico. It is roasted in Lasarte by the Berasategui family. And we love the grandpa on a bike logo!

We will have seasonal bombons and seasonal chocolate bars. For example, the cider bar will be out for the local cider season January-April and the ‘Cafe de Olla’ will be out in December and January because it tastes like Christmas.

We will also have small group tastings of 4-10. Just chocolate and chocolate and wine. And little by little we will continue with beer, cider, cheese, and mezcal. With these experiences, we will share how we make chocolate and what we have discovered by pairing chocolate with everything!

Lurka isn’t huge but it’s the biggest project we’ve ever done so far. And we look forward to sharing with you everything we’ve discovered so far.

About the Author: Top Brand 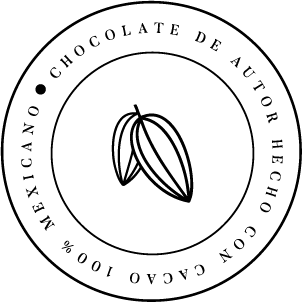